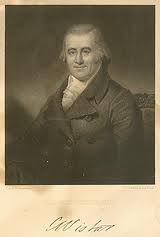 In early September when Dr. Benjamin Rush first tried drastic purges on patients, he invited Dr. Caspar Wistar to observe their affects on the wife of Captain Bethel, a ship's chandler on North Front Street. She was Rush's mother's step-daughter from her last marriage. She was experiencing the restlessness characteristic of the early stages of the fever. Rush told her to "drink copiously of chicken water," i.e. a very weak broth, and lie in her bed. Then he gave her a pill that combined 10 grains of calomel with 15 grains of rhubarb. She took the first dose, and the two doctors did not have long to wait for a reaction. She vomited "a large quantity of bile." 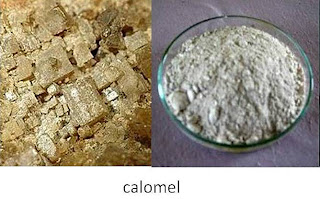 Wistar was taken aback by the violence of the reaction, and asked, "whether it gave relief as an emetic or cathartic?" That is, was it intended to induce vomiting or purge the intestines and bowels. Rush answered that while the target was not the stomach, but the seat of putrefaction below, the puking was a good sign showing that the medicine provided "more speedy service." Wistar argued that if relief came from vomiting, a medicine with less bothersome side effects could have been used. Rush ended the discussion by giving Mrs. Bethel another dose. Wistar thought Mrs. Bethel looked "very unwell." Rush later told Wistar that he waited until the pill brought on a copious purge followed by a sweat, and Mrs. Bethel recovered.

Wistar soon found it more difficult to see patients. He had constant headaches. Then he could no longer stand the light of the sun. He diagnosed his own case: he had yellow fever. He had taken preventatives, including bark every morning and evening, 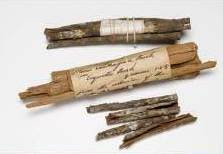 and followed all the rules save one - he swallowed his spittle while in a sick room. Because of that Wistar thought he got the fever. Two days after he saw Rush treat Mrs. Bethel, he had "a smart fever and delirium." By a messenger Rush ordered him to take calomel, but he didn't. He had his apprentice fetch ipecac, which worked several times. 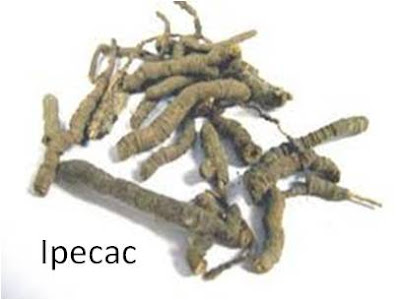 His stomach still felt heavy and sore. Then Rush came to him and did not consult. He insisted that Wistar take calomel and jalap. He did and when he was able, Wistar sent word that the purge operated and relieved him, but he didn't tell Rush that his fever returned sharply and he felt miserable.

When Wistar recovered, Rush counted it a major victory for mercurial purges. He tried to elicit a testimonial for his cure. For the moment Wistar kept to himself what remedies he thought most beneficial. He appreciated the power of calomel, but as he recovered from a delirium he became conscious of a wonderful cold wind from a window left open in his room. He instructed his students to keep him cool. When the breeze from the window was too hot, the young men took turns fanning their master. To that, Wistar attributed his recovery.

A few weeks later Wistar described his illness and treatment in a letter published in a newspaper. After describing his consultations with Rush early in his illness, and how calomel and jalap relieved him, Wistar said he was not sure if mercurials or milder saline cathartics were better. That said, he endorsed cold air as the best remedy. Having the window open had revived him far more than any medicine. Wistar also acknowledged Dr. Kuhn for stopping his diarrhea with laudanum, and prescribing a "tincture amara" which, after sipping for every two hours for 24 hours, allowed Wistar to "eat rice and chocolate without suffering."

After reading that Rush threw down the paper, and quoted Shakespeare's Julius Caesar: "This was the most unkindly cut of all...." Wistar was his Brutus. He lashed out at Wistar in his morning letter to his wife. Wistar's letter was "certainly calculated to injure me and to create doubts as to the efficacy of the new remedies."

He wrote a short letter to the newspaper chiding Wistar. If he had taken calomel as Rush had prescribed it, he would have recovered quickly and been back at work, "uniting at the same time, his testimony, with that of thousands of his fellow citizens, in favor of that excellent remedy."